My Rant on How to Seep the Perfect Pot of Tea

We all know that there is a decided difference between tea that is boiled, tea that is brewed and tea that is divinely seeped. I guess you know where I am going with this article. Nevertheless, in all my years as a tea drinker, I continuously sought for the perfect method to make a cup of tea, and not the common daily tea bag of pekoe orange that our mothers and grandmothers would throw into a stovetop tea kettle and boil for 10 minutes or more. Oh, let's not forget the notorious saucepan.

Yes, that was a thing. A horrible thing but that was how many of us as children were first introduced to tea drinking.  Once made, at no given time was the consistency of the tea’s flavor truly the same as the one before it. 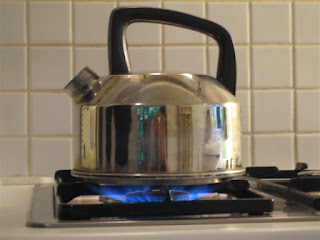 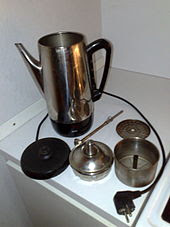 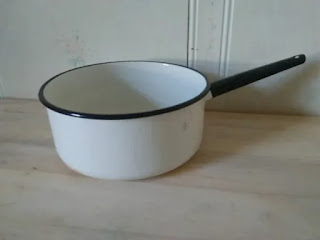 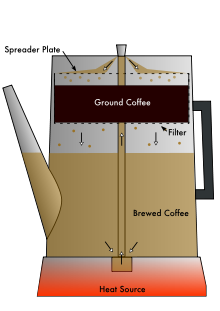 One of the wonderful things about how my mother made a pot of tea was during the times my brothers and I would come down with a cold or the flu. She would then boil the tea and add honey, lemon and of course the bourbon. Too us it tasted too strong and bourbon-ly but we were happy after the second cup and gladly looked for a third or fourth cup as our temperatures went down and we sweated like fish out of water, ran to the bathroom and giggled a lot. And if at night and one was on, we had a great time watching an old Hammer horror film. We never stayed awake for a third cup or to finish watching a movie.

However, now as an adult, for me making tea has become almost like a art form, and as I stated above there is a difference between tea that is boiled,  tea that is brewed and tea that is seeped

As a child mom’s old process of making tea was either by placing tea bags in the bottom of a stovetop tea kettle or placing loose leaf tea in a coffee percolator basket, and then letting it boil for the number of minutes she desired. With the early percolators if it was an electric one, you could brew tea, but you still did not have a choice of brewing times. The electric percolator just brewed until it finish. The notion of strong or mild tea or coffee settings with these old brewers was a thing of the future. This you did on your own generally with a cooking timer. Again the consistency of the tea’s flavor was not the same. It was either too weak or too strong.

Later on in the 1970s the automatic drip coffee maker came into being and it was versatile for tea making. However, it too had the same drawback as the old percolator. You place the tea in the basket and hot water flows over it. No seeping. And through all this new innovation, the tea kettles sadly remained basically the same; therefore, you continued to either boil, brew or did the dump and seep method by hand in a cup of hot water until you got close to the right consistency and taste. For many years, I too made tea in these ways and even tried using a microwave with a ceramic pot.

Truly, if you look at a tea electric kettle today and one from yesteryear, they are much the same. Only some are electric, some are shapes are different and many have higher prices. 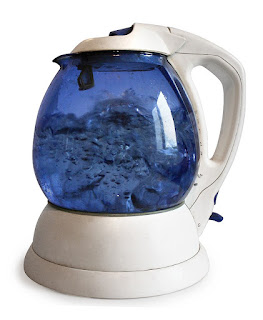 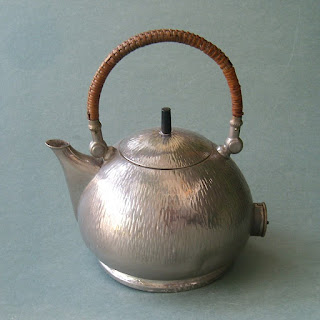 But I digress. My point is that making what I believe to be the perfect pot of tea, with great flavor and no dreadful after taste that can happen with black and herbal teas takes the right tea maker and patience.

For me seeping, which is the process of boiling the water to a desire temperature and then pouring it over the tea and letting it stand for a desire number of minutes, is the best method of making tea, any tea, all teas. So the method of making the tea was no mystery. However, I found for myself that the problem was in the pots I used and how I could seep the tea in fewer steps. One must have great patience when making tea. I am an “I want it now” kind of girl, so I needed an easier method. By now you have figured out that the taste consistency of tea is important to me. I cringe when drinking a bitter cup of tea.

A cup of tea whether fruity or woody should taste smooth and not harsh. It should have a hint of the earth but not strong like bark. If I wanted to drink tea that tasted like the bark of a tree I can try the ones in the backyard.

Nevertheless, the right pot is still the key to seeping the perfect pot of tea. So having stated all this, I still believe that the best tea maker is the Nesco TM-1 Electric Tea Maker. Sadly, Nesco stopped manufacturing this tea maker some time last year. I only discovered it when the cord of my old one was accidentally damaged. However, instead of replacing the cord as I assumed would happen with my tea maker, the servicer kept it. Although the tea maker was insured through a service plan, I lost no money; yet I was still saddened because a new one was nowhere to be found. 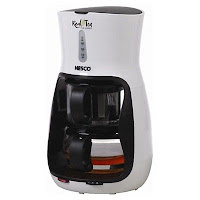 I then contacted Nesco and asked when the tea maker would return to the market. That was when I learned it would not, and that the best option for getting one was on eBay. I got nervous because most of what I saw was used.

Sooo, I waited and debated the pro and con of buying a used Nesco TM-1 Electric Tea Maker from a website I knew very little about. While deciding on what to do, I continue to make tea in my state of the art duel coffee/tea maker. Although it makes excellent coffee from a single cup to a full pot, the tea making options regardless of the type of tea used, the machine still has the same brewing process as an electric kettle where you set the minutes for water to boil and the water essentially washes over the tea bag or leaves. No true seeping is involved. Therefore, after my not so inexpensive coffee/tea maker makes tea that does have a consistent flavor, which depending on the setting for the tea would either be too woody, fruity, or medicinal, a year later, I finally broke down and purchased what I thought would be a decent used Nesco TM-1 Electric Tea Maker.

I am so glad I did so. The tea maker arrived in a shipping box so dented it made me cringed and wonder if the tea maker was damaged. However, after opening the shipping box, I found that after removing the many, many layers of bubble wrap from the tea maker. It and its seeping basket and glass pot all looked brand new.

Today, after what seemed like forever, I had my first cup of the smoothest tasting white tea, which was seeped for six minutes without the leaves sitting in the pot or my having to manually, pour the water over it. Did I mention that I also got a one-year service plan?

I am so happy with my little Nesco TM-1 Electric Tea Maker. However, knowing that it is no longer being manufactured, I will carefully care for it and treasure it in the years to come. Perhaps someday in the future Nesco will reconsider and re-manufacture it, or someone will buy the patent and put it on the market again. It is a nice thought.

Thank you for reading my rant on how to seep the perfect pot of tea. Oh, yes. Check out my earlier article Momma Evelyn's New Tea Maker! It explains more of why I love this tea maker and why I hunted another one down. 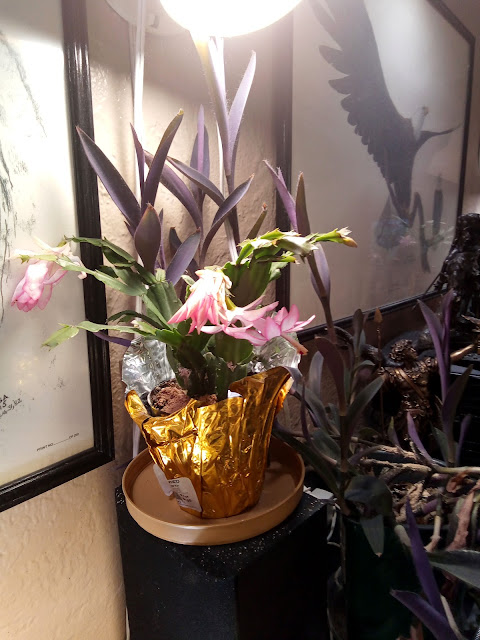