Yesterday, I finally received my GE 30" Free-Standing Electric Range in Black from Sears. It took longer than normal to get it, I held on tight to it because back in the first week of June it was on sale for $476.99. Now, if you act fast, you can buy it for $ 485.06; however, keep in mind that on the GE website it is listed as on back order. Therefore, no matter where you buy it, you could be looking at a delivery day between two to six weeks. 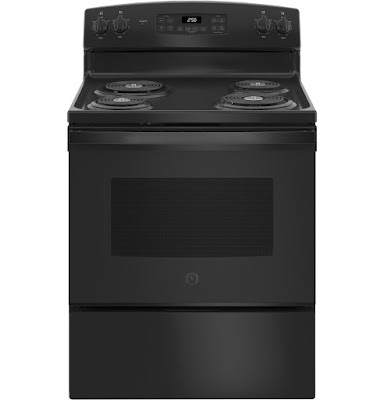 Nevertheless, the range arrived in time, and today we are craving Philly Cheese Steak sandwiches made with homemade hoagie rolls. While my bread maker is great for making and baking loaf bread, it will only make the dough for rolls, donuts, French bread and baguettes on the dough setting, so an oven is necessary.

Below is a photo of my fresh baked hoagie/sub rolls for tonight’s dinner. The irregular shape ones are just for eating with any meal. I ate a half of one with an omelet this morning. The recipe is a standard one, but you can use your own. 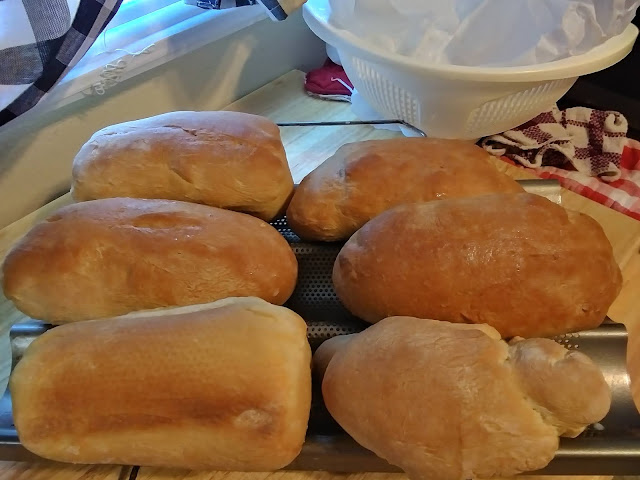 I hope this post finds you with raised spirits on this find hot and humid Friday afternoon. As for me, I am avoiding the heat.

Today, I want to share with you an update on my Kellogg's Honey Hazelnut Raisin Bran Muffins that I posted on April 06, 2016. Click the above link to see and download the recipe. 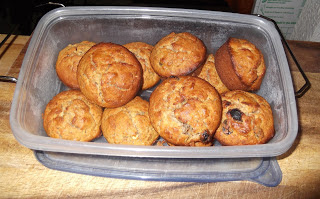 Anyway, I woke at the ungodly hours of 2A.M., and after tossing and turning for awhile, I got up and decided to try and bake my muffin recipe in a different method.

By this I mean without an oven. I have been waiting on my new range for over a month now, but the company that I bought it from has promised that they will deliver it next week. I hope so, because I have had to pull out nearly every gadget that we own to make proper meals. By using them I have learned some new techniques for cooking meals I would normally use a range to do.

To convert my muffin recipe I substituted the Hazelnut meal for fresh Oatmeal flour. I made it from some regular old fashioned oatmeal in my Instant Pot Ace Plus 10-in-1 Smoothie and Soup Blender a week ago. However, for this recipe with the exception of the raisin bran and the extra cup of raisins, I intermittently blended the remaining ingredients on the Smoothie setting, liquids first followed by dry ingredients. I thought of using my stand mixer but chose the blender instead.

After blending the flour batter well, I poured it into a large mixing bowl and stirred in the raisin bran cereal. Once the cereal was well mixed with the flour batter, I let it sit for about 8 minutes to moisten the cereal.

While the mixture was sitting, I lightly sprayed the baking pan of the bread maker (something I do when baking regular bread as well). After the 8-minutes were up I added the cereal batter to the bread maker (remember we’re still waiting on the new range) on the Sweet setting with a medium crust, and waited for the bread maker to sound the beep for me to add the extra raisins. Once I did this, I went and took a nap.

I must confess that I did worry that attempting to bake the muffins into a breakfast bread using my Hamilton bread maker would be a colossus failure. However, after I woke up two hours later, I found that the bread had baked perfectly and was still warm in the bread maker. It gave off a wonderful smell throughout the house. 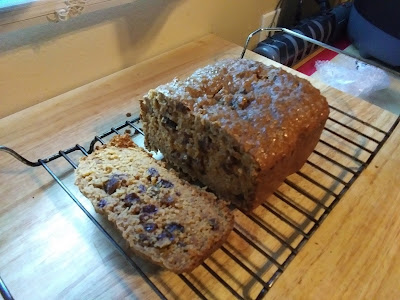 I have added the adaptive recipe below for those of you game enough to give it a try.

Until next time (hopefully I will have my new range installed),

Hello, Darlings Who doesn’t love a big pot of fresh cooked greens especially on the holidays, be they collard, mustard and turnip greens.... 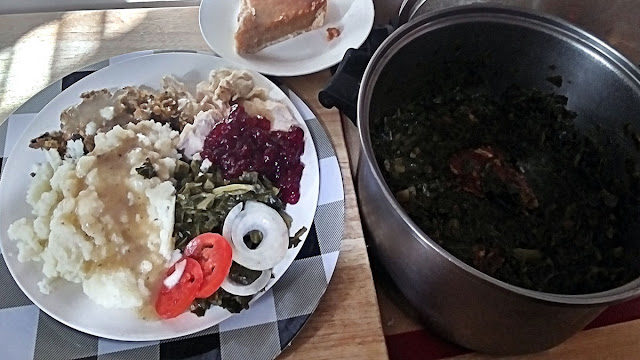