Part 5 of the Making of My “Homemade Air Plant Terrariums”

Happy Holidays to you all the seasons.

Today I have part five of my DIY series in  “Homemade Air Plant Terrariums.  In the photos below you can see that my vision had come to life. I even put a few in small mason jars. However, I am thinking of creating a little dramatic scene in each jar to make them more fun. Since moving, I am still trying to find some of my craft supplies, and when I do, I will post the final version of these terrariums. 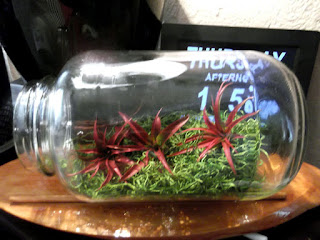 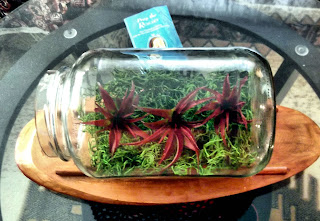 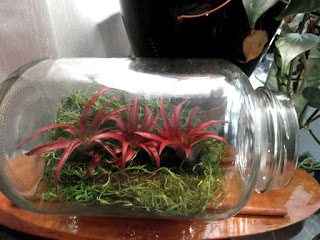 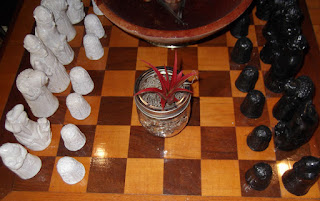 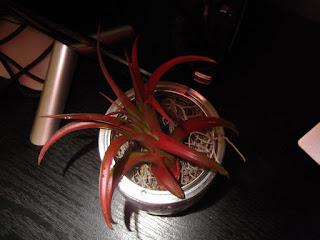 This project has been very fun for me, and I look forward to creating more DIY projects in the coming years.

Until next time,
Chow, Darlings

By Widescreen Online Review Plus at November 22, 2019 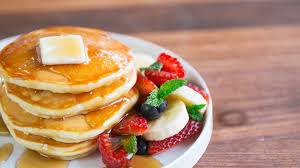 UPDATE: Some may find these pancakes a little thin. I suggest adding up to two tablespoons  of flour.

Today's pancakes recipe are truly a renal patient dream. The homemade baking soda used in it does not contain sodium aluminum sulfate, monocalcium phosphate, and is also gluten-free.

I updated my homemade baking soda and pancakes recipes after reading Maya's article Grain-Free Paleo Baking Powder Recipe. As I stated in my Freedom Pancake recipe, I wanted to do a test with this baking powder substitute. However, first I had to figure out the exact measurements for using it in pancakes because if your pancakes are not right, don’t expect your cakes to be.

The standard recipe for the paleo baking powder is one part baking soda, one part arrowroot, and two parts cream of tartar. While in some other recipes it is one part baking soda, two-part cream of tartar and one part corn starch. None of them stated the exact teaspoon or tablespoon amount of these ingredients to use.  However, after more research I did the math, and then came up with the exact amount of substitute ingredient to use in the pancakes that I believe will work as well in other recipes requiring baking powder (recipe below).

Most of the recipes for homemade baking powders I saw online contain monocalcium phosphate and sodium aluminum sulfate which is standard, and ingredients I can safely eliminate or reduce from my diet.

The other ingredients that I needed to eliminate or reduce are sodium chloride, cholesterol, lactose, and some other gas-forming foods.  Although, renal disease is no longer a major concern, eliminating or reducing the amount of sodium chloride in my diet to decrease my BP and cholesterol levels is fine. Furthermore, I also reduced the amount of gas formed in drinking regular cow’s milk, beans, and cabbage by drinking lactose-free milk, substituting it with rice milk, and adding a large onion in beans and cabbage, which are two other staple foods in our diet; so some amount of flatulence is understandable

Maintaining acceptable BP and Cholesterol levels is an on-going dietary health issue for me.  Therefore, my commitment to eliminating or reducing as many of the ingredients that work adversely is the reason for my wanting to perfect this pancake recipe and when perfecting the homemade baking powder is of major importance in terms of volume and taste of the pancakes. This commitment also works well in my weight loss diet. By which I can eat what I like but in smaller caloric amounts.

While I love eating diets with a lot of fresh and frozen vegetables and fruits, I also love pasta, meats, fish and seafood. The latter being higher in sodium, but is okay in moderation, and goes far in balancing out our diet at home, which also means I minimize the amount of canned, boxed,  process and takeout foods to keep these unwanted ingredients low whenever possible.

I know; I have deeply digressed.

In conclusion, any recipe I cook has gone through intent research of not only its caloric contents but a close look at all its other major ingredients and inserts as well. Therefore, for me a recipe with ingredients substitution and perfection includes a good batch of pancakes.

1.      In a medium bowl combine the flour, brown sugar, arrowroot baking powder, and salt
2.      In  medium bowl or mixer add  milk, egg  cooking oil to and mix until well blended
3.      Stir into flour mixture just until moistened or remove lumps
4.      If the mixture is too thick add a little more rice milk
5.      Add a cooking spray, butter, or margarine
6.      For each pancake, pour ¼ cup of the mixture onto preheated 350°F to 365°F nonstick-coated electric skillet
7.      Turn over when bubbles form on the surface golden browned

Directions:
Mix the three ingredients together to make one teaspoon.
.

Cook’s Note: This recipe can also be made with one tablespoon baking soda, one tablespoon arrowroot, and two tablespoon cream of tartar to make four ounces of arrowroot baking powder that will last about one month in an airtight jar. I used my spice grinder to make sure all the small lumps were grounded up to blend in well with the rest of the ingredients.

Moreover, while normal Betty Crocker pancakes, to which this recipe was adapted from, use 3 teaspoons of regular baking powder, this arrowroot baking powder only uses 2-1/4 teaspoons. However, both methods made pancakes of very similar taste.

In other words, this baking powder substitute is not an equal one to one substitute for regular baking powder, which is why I added its recipe. I would venture to say that the same would be true in using it to bake cakes and other baked goods needing some form of baking powder. However, trial and error always make for perfection in cooking.


By Widescreen Online Review Plus at November 12, 2019

MY DIY DREAMCATCHER THEN AND NOW

Back in 2012 I created my first Dreamcatcher. It mostly contained earth tone beads and pleasant feathers as shown below.

It was nice and diffidently original. However I didn't think it was so a representation of what a Native American Dreamcatcher might look like. So today, I updated it, and God because it was beginning dry out.  Below is what it looks like now.  It is not an original Native American Dreamcatcher, but it certainly a better DIY representation of one. 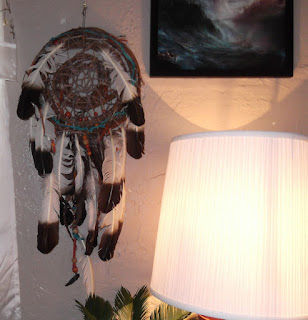 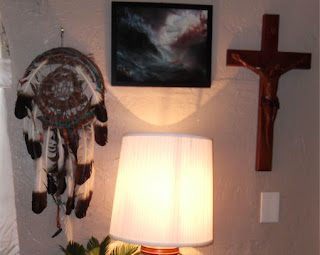 By Widescreen Online Review Plus at November 05, 2019 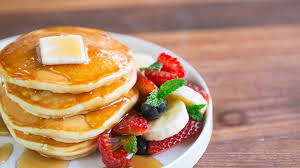 U[DATE: Some may find these pancakes a little thin. I suggest adding up to two tablespoons  of flou This recipe was updated to add the cooking oil into the mix.

Good news! I do not have a renal disease.

I was retested and all my results were normal. The only explanation for the previous diagnosis is a testing error, which is great news for me and even greater news for any of you brave souls out there who may have tried my renal ready pancake recipe that I never got right and tasted terrible.

Nevertheless, renal disease or no, I did not give up on improving the recipe.  However, after many failed tries, I stumbled upon a salt-free, sodium aluminum sulfate-free and gluten-free baking powder made by Hain.

While Hain Pure Foods Featherweight Baking Powder does contain monocalcium it is not a danger to my kidneys.

Although pricey the Hain’s baking powder makes the taste of these pancakes the bomb of deliciousness, and in this recipe, there is a slight buttery taste due to the margarine I used without the bitter soda and sodium aftertaste. Each pancake rose golden brown just the same as a regular one.

Therefore this recipe is a keeper, which is helpful in lowering my blood pressure and my cholesterol level as well.

So goodbye sodium aluminum sulfate base baking powder, and hello to Freedom Pancakes.

This leads up right into my new recipe.

Here you have a truly salt free, sodium aluminum sulfate-free, and a gluten-free batch of pancakes to brighten the smiles of all your pancake lovers.

After writing this I came across an article entitled Grain-Free Paleo Baking Powder Recipe.

It is simple and contains no sodium aluminum sulfate and monocalcium phosphate.  The author states that this homemade substitute recipe for baking powder is an introduction to the paleo lifestyle.

Although I have not tried it, the fact that it does eliminate sodium aluminum sulfate and monocalcium phosphate makes is worth a try, which I will do and will follow up my article will a review.

I believe the key ingredient in this recipe that is different from my failed tries is the arrowroot, as opposed to just the one teaspoon baking soda and two teaspoons cream of tartar that I used. Whether the addition of the arrowroot balances out the flavor and eliminates the bitter sodium taste of the homemade baking powder, begs an honest taste test and review by me that will make a good follow up to this article.

Note: The photo above is generic. I used it because the pancakes were so good that they were eaten before I could take pictures of them.


By Widescreen Online Review Plus at November 03, 2019 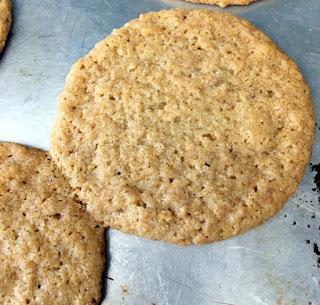