“Wrap that wrap.” The way of turning a bad hair day into a great one with scarves

Today I want to share with you what many have probably already known, which is that African women have for centuries wrapped their hair. Not only have they done it out of tradition, but a good wrapped style looks great on bad hair days.

Well, of late I find myself falling into the latter category of experiencing many bad hair days. However, now I want to change this and treat my hair better. Being a former cosmetologist I really shouldn’t have left my hair becomes so damage. Yes, before I became a nurse, I did hair during the disco era. I can’t tell you the number of mullets I cut before hanging up my shears.

Therefore and starting today I will be treating my hair as if it was the hair of a patron. After all, if you don’t give your patron’s hair proper care, you won’t be in the hair business for long.

Anyway, to protect my hair while I put it through a grueling hair care regiment I have decided the wrap it as often as possible until it is back to its former rich looking glory.

Now here’s the thing, when trying the wrap hair with scarves, I have ten uncoordinated thumbs. Until tonight no matter how hard I tried I just failed at wrapping. So to solve the seemingly impossible, I did what I always do; I turned to the experts on YouTube.  I must say of the women doing the wrapping tutorials, I found them all very adapt to making some of the most beautiful wrap styles I have ever seen.

Of the videos I have chosen to post here on my website there is one video in particular on wrapping that not only sent me into a peal of laughter, but is so unique and easy to do.

The video is called “Easiest Head Wrap / Turban Tutorial with Leggings //Detailed II No Cut, No Sew, No Pins, No Glue”. Check it out below.

Well, I was so impressed with this font of creativity that I had to try it myself. 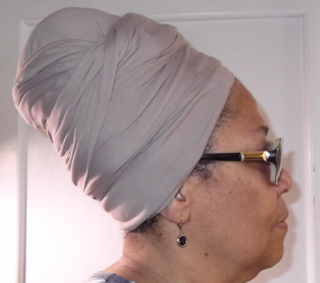 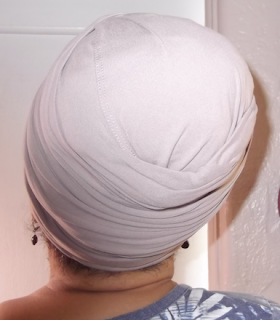 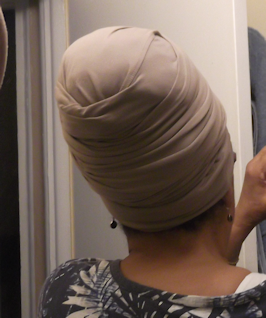 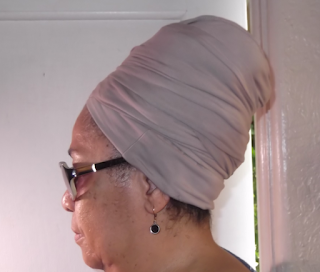 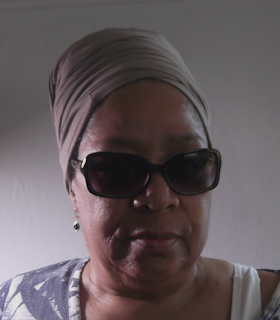 Wow, I can’t believe how easy it was to do, and how pleasing it looks. Does this mean that I will be sporting my leggings on top of my head when I go about my shopping and other errands?

Below are other hair wrapping tutorials with scarves of the more traditional looks.

By Widescreen Online Review Plus at March 24, 2021

You can replace this text by going to "Layout" and then "Page Elements" section. Edit " About "

Slicing, Spicing and Stirring the Meal

Help, Darlings Today I have two recipes to share with you. Each is based on my sudden urge for something new and my unique pallet, so ... 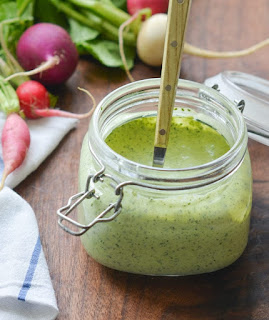